SPOILER ALERT! If you haven’t watched the “Downton Abbey” Series Finale, DO NOT read this!
OK? Let’s discuss the last episode of this great PBS show.
We LOVED the finale. I know to some, the idea of pretty much everyone having a Happy Ending seems unrealistic…even fanciful, but after watching and being disappointed by so many of the “big” shows lately, We were thrilled to experience a a 2-hour storybook fantasy for once. Consider these shows and where they’ve taken us, the loyal fans over the last few years:
“Sopranos”- This iconic show started what I call the “unsatisfying ending” trend for viewers with it’s closing scene. As much as we loved this show, I don’t know anyone who enjoyed they way the show concluded…leaving everything up in the air and die hard fans discussing every little scene detail to this day on the web. Remember how you grabbed the remote or thought you lost power during that last 20 seconds? 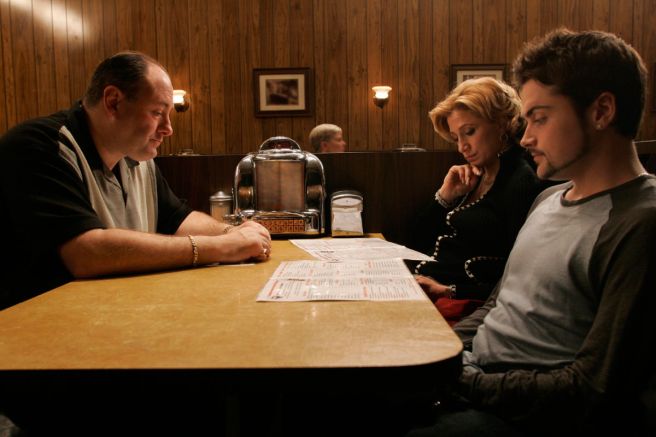 “Deadwood”- It ended without ending. We were all expecting another Season and we never got it. Creator David Milch supposedly gave it all up to do that awful show “John from Cincinnati”, which barely lasted one season. Every couple of months we fans hear rumors of a “Deadwood” movie or reunion…but it’s not likely. It was enough to make you curse like a Cowboy. The second example of a show not giving good “Fan Service”. 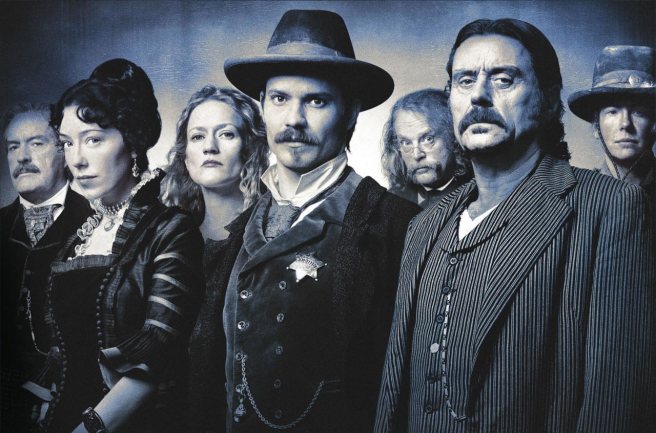 “Mad Men”-This “must-see-TV show” continued it’s abuse of the fans who made it a success,when they started taking TV’s most handsome anti-hero, Don Draper…a virtual American James Bond, and slowly and steadily breaking him down, piece by piece. We all know Madison Avenue and the Advertising World has been selling us things we don’t really need for years…but consumerism is as American as we get. From the mutiny of his co-workers (many of them HIS employees) to his humiliating fall from Grace and all the unmanly crying scenes, the unexpected death of his ex-wife, Betty. His failed marriage to the sexiest French Canadian ever seen on TV (Zou-bisou-bisou!), the all too obvious 60s Pop references (“Hey! Who’s up for going to Sharon Tate’s house for a party?) to the WTH? half-season split at the end of the show…they took the coolest guy on TV and turned him into a member of a California Cult. Mathew Weiner must really hate us.

“Game of Thrones”- Author George R.R. Martin has never apologized for shocking and bumming us out, when it comes to the GOT books. Considering his genius…I think it’s acceptable for a writer, his privilege. But the show “runners”, Dan Weiss and David Benioff have taken it one painful step further. They went WAY out of their way to bring an unprecedented weekly “torture-porn” element into our living rooms week after week this past Season. From Sersi’s naked “walk of shame”, Kaleesi’s dragon getting his butt kicked and leaving her in the hands of a tribe who hates her, to Arya going blind and of course the repeated sodomizing/rape of one the most innocent characters, Sansa…it has many of us wondering if we were ready to bail on our favorite show. And then to kill off the only real hope for peace in the kingdom, Jon Snow….it was just all so unnecessary and pretty much the choice of the two MEN who are in control of the script, to make the show so brutal to the women of Westeros. The worst case of “hating your viewers” in TV history. 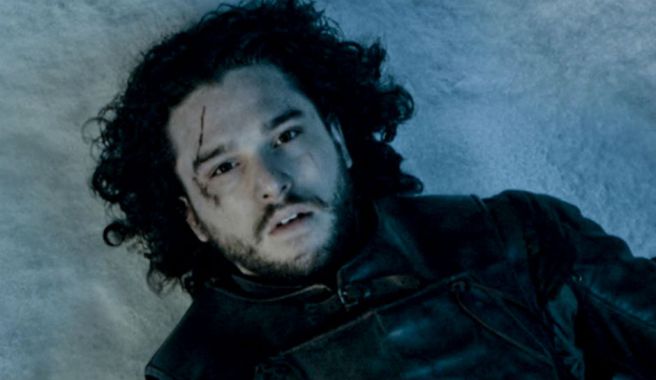 So when “Downton Abbey” goes the distance to make sure every major cast member is happy…or at least has the promise of happiness in their future…well, I know I’m not alone in saying it was refreshing!

-Lady Edith gets her Bertie back and they wed.

-Mary and her new husband are having a child and he and Tom are starting a cool business together.

-The Bates’ finally have their baby and no one had to die or go to prison.

-Thomas feels the much needed love of his “family” and gets his dream job, even though Carson’s gig is about to be re-invented.

-Cousin Isobel ends up marrying and saving the life of her devoted Lord Merton, despite having the worst son and daughter-in-law in British History.

-Lord Grantham and even The Dowager didn’t have to die.

-Even Mrs. Patmore and Daisy have a chance at romance with The Pigman and Pigman Jr.

I don’t care if it borders on being “child-like” to enjoy a happy ending all the way around…we needed it. Lord knows, with everything going on in the world today, we needed this!

I have to admit to you though, we were holding our breath during the unusually long pause after the Reverend asked “…speak now or forever hold your piece…”. And I was half-expecting Lady Edith and Bertie to say “So Long”after the wedding and then head-out for their honeymoon which would start by boarding The Hindenburg for a flight to New Jersey. Thanks to the other shows listed above, I was conditioned to have the rug pulled out. Thank you “Downton Abbey” and PBS for giving us some great Fan Service…it was lovely.