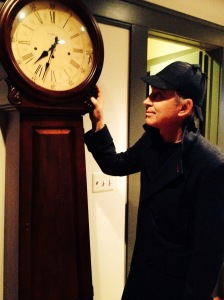 Does anyone else think this is one of the dumbest things we’ve ever hung onto from the past? The history of DST goes back centuries and it was always used to make better use of daylight in the morning. Ben Franklin suggested it would save on candle usage back in 1784 while living in Paris. The first modern use here in America came in 1918 when President Wilson put it into effect to help the war effort. It was left up to the individual states in the U.S. for years, causing a lot of confusion with bus and train schedules until Congress established the Uniform Time Act of 1966. (a-HA! Congress…now it makes sense why this is a mess) Then it was extended in 1973 to save oil during the embargo and according to statistics, actually did save 10,000 barrels a day. But it’s always been subject to debate. I remember teachers telling us it was used to help the American Farmers with their Fall harvests, but a lot of parents have always felt sending kids to school in the dark is just too dangerous as a trade-off.

Personally, I don’t like it at all. When you get up early for work (4am for me, still!) it’s pitch dark outside. And since the sun sets earlier in the Fall and Winter, that hour of daylight we’re suppose to “save” doesn’t seem to be there. As I’m sure many of you know: getting up and driving to work in the dark, followed by driving home in the dark for 4 months every year doesn’t not promote a sunny disposition. A few years ago when they started identifying this “blue feeling” as Seasonal Affective Disorder, I thought “Yes! this makes sense…you need sunlight to be happy..,no wonder I’m tired and depressed!” So like some of you I doubled my dose of Vitamin D and bought one of those S.A.D. lights to try and fight back. I don’t think those things help much and the time and hassle of sitting in front of that dumb light wasn’t worth it. It often makes me want to hide myself away when I get that grumpy.

So why do we still have Daylight Savings Time? Since none of us seem to really know for certain…I find that very odd. Most areas of our life that defy common sense usually have an answer…and that answer is often money. But I’m unaware of anyone making money off a shift in the clocks. The truth is it COSTS money. A lot of money. Companies that have equipment set on timers spend thousands re-programming their gear. Insurance companies said we would have less accidents in the afternoon/evening if there was more light, but of course that quickly was offset by an increase in morning-darkness accidents. And the idea that it saves energy is faulty because of the increase in the use of electricity in the dark months, and air conditioning in the summer months. I think the Native Americans had the best opinion on DST:

There have been attempts here in Michigan to repeal DST by both Dems and the GOP but they’ve never passed through the house. Currently there is a bill bill that has been referred to the House Government Operations Committee for a possible hearing. Wow..good luck with that.

So I’ll try and cheer you up if you’ll do the same for me. In the meantime, I reject the notion that “you get an extra hour of sleep when you Fall-Back!” Unless you have to work the Sunday morning after DST takes place, that doesn’t really happen. It’ll take us all a couple of days to adjust and then we’ll be back to being over-worked, over-tired only now we’ll be doing it in the dark. Which bring me to my next blog-post: How the whole universe is against you this time of year if you’re trying not to get fat!

5 thoughts on “Fall Back? Maybe we should Spring-ahead into the 21st Century?”